A three-step test for cocaine. First use Morris reagent to identify the presence of cocaine. Then use Marquis and Liebermann to test for amphetamines and levamisole, two of the most common adulterants or “cuts” that pose increased health and safety risks. Each kit performs 50-75 tests. Includes one free fentanyl testing strip and one free amphetamine testing strip.

Cocaine can be adulterated or “cut” with many substances, including amphetamines and levamisole, the veterinary de-worming medication. Levamisole is added to cocaine because it doesn’t “cook out” when making crack, giving the illusion that the cocaine is more pure. Levamisole is toxic to the body’s immune system and can cause “agranulocytosis” or the lowering of the number of white blood cells necessary to fight diseases.

People who use levamisole-laced cocaine can become more susceptible to viruses and bacteria. Many long-term cocaine users have died from otherwise treatable illnesses as a result of levamisole inhibiting their immune system.

HOW TO TEST COCAINE?

Morris reagent consists of two liquids (bottle A and bottle B). When combined onto a small drug sample and stirred, Morris reagent produces a unique blue color in the presence of cocaine, like the Jolly Rancher hard candy. 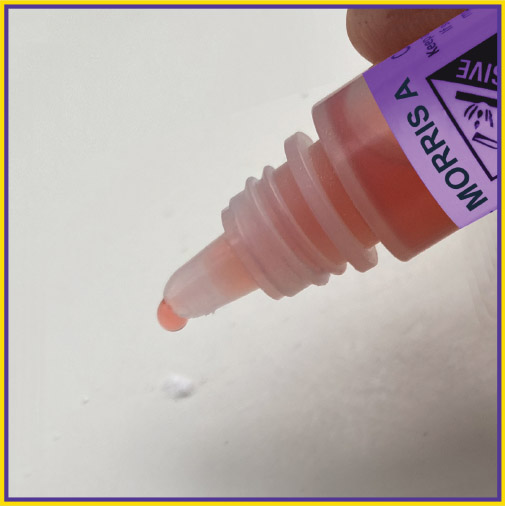 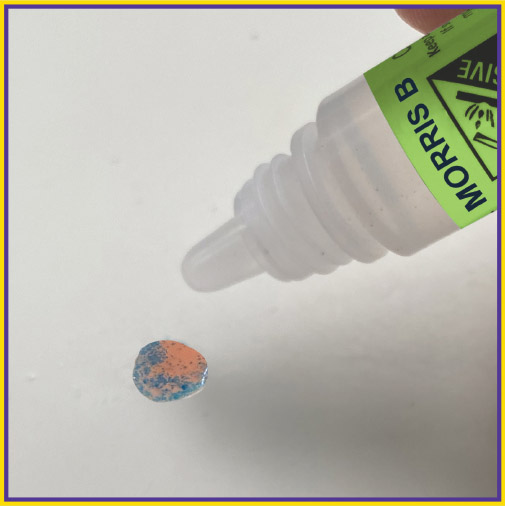 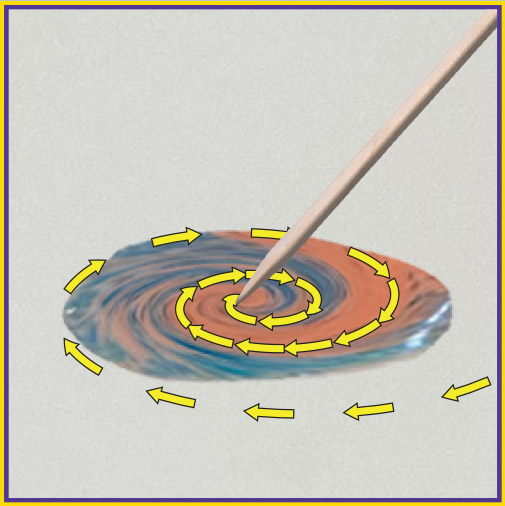 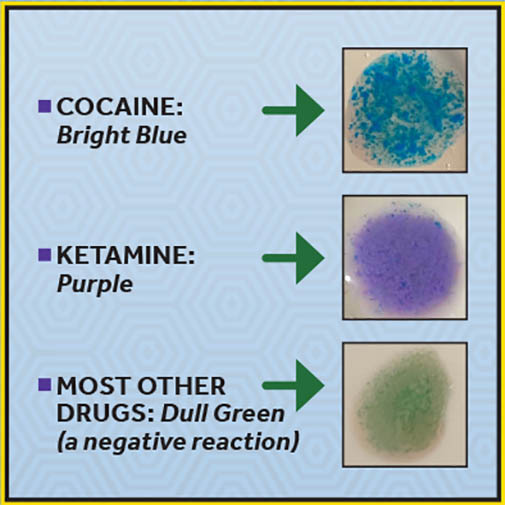 NOTE! After putting the first drop (bottle A) onto your sample, you may see blue specks appear. Ignore these. Many substances turn blue after the first drop. It’s only after putting the second drop on from the bottle B and stirring for 20-30 seconds that you will see the correct, final color.

2 Next use Marquis reagent.

After using Morris reagent to identify the presence of cocaine in your sample, next use Marquis reagent. (No need to stir.) In the presence of cocaine, Marquis will either produce a light pink color or not change color at all. If your cocaine doesn’t react with Marquis or turns light pink, this is normal and indicates that your sample does not contain amphetamines (or, at least not a significant amount).

If your cocaine turns orange with Marquis, it might contain amphetamines, but it’s also possible that the orange color is the result of a leftover byproduct in the cocaine from the extraction process. If your sample turns orange, use an amphetamine strip to determine which of these is the case.

NOTE! If Marquis turns orange, Liebermann will too. Make sure to use an amphetamine test strip if you suspect that the sample might contain amphetamines.

Always use Morris Reagent first to make sure your sample actually contains cocaine.

Notes on Amphetamines in Cocaine

For many years, most of the harm reduction and drug checking community (including us) believed that an orange result with Marquis always indicated the presence of amphetamines. This matched all published data in the scientific literature. Starting around 2019, however, we began noticing cocaine samples sent in to DrugsData.org that turned orange with Marquis but did not contain amphetamines. After consulting with numerous laboratories and scientists, a consensus is emerging that a non-psychoactive substance is likely responsible for this orange color in the absence of amphetamines. This may be one or more inert compounds left over from the cocaine extraction process.